Ouarzazate, The gateway to the Sahara desert

Through the gates of Moroccan Sahara

Setting out for Ouarzazate, Zagora, Tinghir is going for an extraordinary journey brimming with a breathtaking wonders. The region reveals to its visitors a diversity of incredible landscapes, from the singular atmosphere of the desert to the picturesque green valleys.

It’s not a surprise that David Lean, Ridley Scot, Martin Scorsese or Alejandro González Iñárritu, have chosen this destination, just like their forefathers did who became famous for filming the record-breaking “Lawrence of Arabia”, “Gladiator”, “Kundun”, “Babel” and mots recently « Prison Break ».

Thrill seekers who eager for adventure and trekking, will find many tracks to take you to the edge of the desert. Meet camel drivers and their caravans at the crossroads of the roads of Draâ, Ziz and Dades,

How about a night under a bivouac ? The dune of Tinfou, near Zagora, also called “dune of the golden sand”, will give you an unforgettable experience ! Upon arrival on Tinghir, your journe begins from the Glaoui Kasbah where you’ll admire the splendid panorama, from palm grove to the Todra gorges, in the middle of the High Atlas.

Be ready for a sensational experience at the door of the desert ! 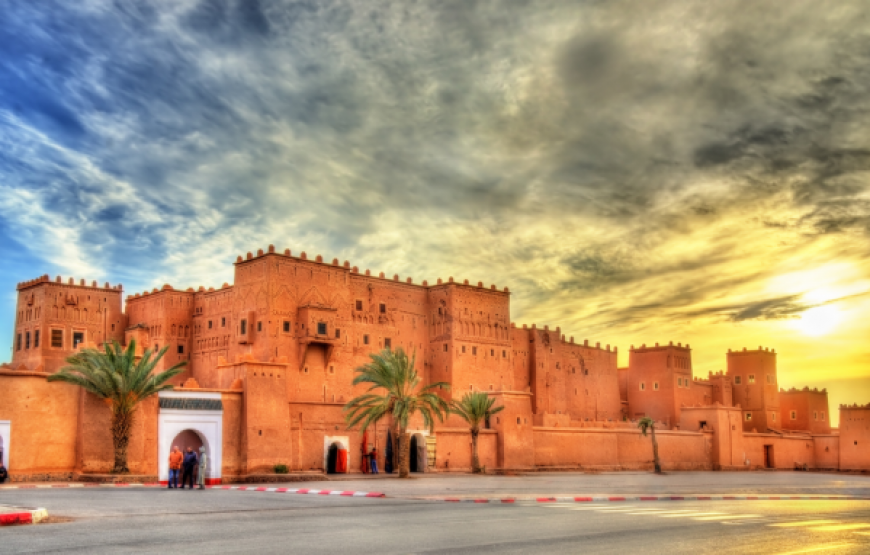 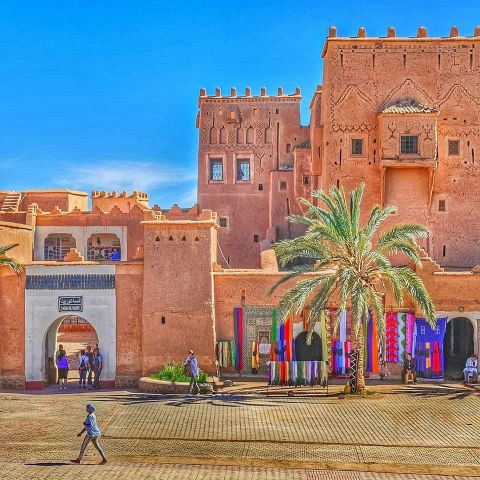 Ouarzazate, a world of amusement

A journey to uncover the treasures of Ouarzazate nature

Have you been think of escaping to exotic landscapes ? In a guide’s company, explore the palm groves of Draa and Skoura, the dunes of Tinfou, Erg Lihoudi or Chegaga, and admire the singular beauty of the Oasis of Fint, and plunge into the freshwater lake of Mansour Eddahbi ! Ouarzazate and its neighbours, Zagora and Tinghir, offer you a multitude of activities and picturesque panoramas for your holidays in Morocco in undoubted sites.

On the edge of the desert, Ouarzazate, Zagora and Tinghir form an important urban area in the south of Morocco, which brims with a large number of breathtakingly varied landscapes. There, in a guide’s company, go on a quest for stunning sites for moments of escape and the diverse sensations that these panoramas will give you ! Stroll in the palm groves, swim in freshwater lakes, walk in the mineral desert of Agdz or the Dades Gorges, and uncover the Akhiam-Imssakh-Rabbi cave, the Oussikis Valley or part of the unavoidable Iriqui National Park!

The region of Ouarzazate presents a never-ending array of landscapes both varied and typical of Morocco !

The wonders of southern Morocco!

In the east of the country, Ouarzazate, Zagora and Tinghir symbolize the cultural diversity of Morocco: they bear witness to the most deeply-rooted traditions that seamlessly blend with modern creation in the moving making industry.

Ouarzazate is one of the gates of the desert. A little away from the city, the Kasbah of Tifoultoute stands as a sentinel. Movie lovers will recognize these landscapes: it is in the middle of them that David Lean’s Laurence of Arabia was shot. In Ouarzazate, cinema is a masterpiece ; the studios served as the setting for Babel with Brad Pitt, The Nile Diamond with Michael Douglas, The Last Temptation of Christ by Martin Scorsese, Tea in the Sahara with John Malkovich, Gladiator and Kingdom of Heaven by Ridley Scott and many other internationally popular productions.

Other heritage pieces are worth your stay in the region. The ksar, which is a fortress named Aït Benhaddou is located in the middle of the Ounila valley. Its buildings flank a hill up to its summit where is built an old granary for cereals. Further on, in Imadri, troglodyte houses can be visited. In the Drâa valley, Tamgrout, another of these villages, is home to one of the most famous and oldest Koranic libraries in the country ; some of the manuscripts preserved there, are nearly 1000 years old !

Tinghir and Zagora don’t lack of attractions. In Tinghir, go for a walk in the middle of the Aït El Haj mellah, in the shade of its adobe walls, crossing ochre wash buildings in narrow streets. There you’ll discover the old Jewish quarter, which is a whole section of the city’s history. Around Zagora, the atmosphere is quite different. The site of Tazzarine take you back to prehistory ; 5000 years old inscriptions engraved on the rock, testify to the country’s multi-millennial history. 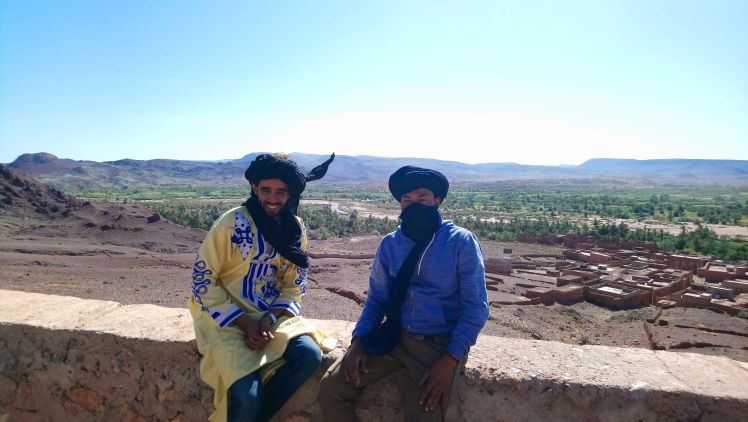